I am back after a brief absence. My first week in Bormes was drawing to a close. Glenn and Maysan had organized a meal with their neighbours Linda and Raymond the evening of Saturday, July 4, 2015. Linda is originally from the United States but came to France over 30 years ago and happened to meet Raymond who is from the area. Raymond currently spends his time hunting wild boar which are quite a nuisance here. They are very destructive to the local habitat. Raymond gets special permits when the population gets too high and takes others out in order to hunt them. Linda and Raymond live in a quaint, refurbished Provence  farmhouse which is absolutely beautiful. We were joined by another couple from Norway for a wonderful, multiple course meal that extended over three or four hours. It is not uncommon for dinners in this part of France to start at 8 or 8:30 PM and then finish at 11 PM or midnight. We had absolutely beautiful weather with no wind and lively conversation. This area of France is very international and it is not uncommon to meet people from all over the world who come here to spend summers and enjoy all that southern France has to offer. A most enjoyable evening.

As I stated in an earlier blog post, the evening prior we had eaten at a very quaint and lovely restaurant in Bormes with Glenn and Maysan’s other ” French family”. I can state with absolute veracity that I have not had a bad meal in southern France. The act of sharing a meal with friends or family is very important and runs like a connecting thread in the social fabric of this part of the world. I am most happy to participate!

Soon we leave to go to Corsica. Here are a few pictures from Bormes for you to enjoy.

The next time I blog I will be enjoying the sun and all that Corsica has to offer. Stay tuned. 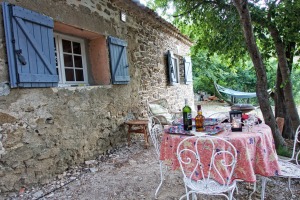 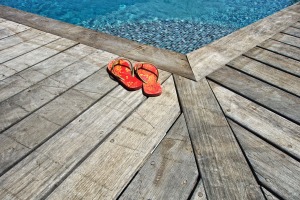 Panorama of my home away from home, Bormes-les-Mimosas 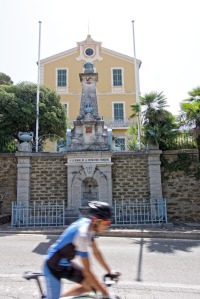 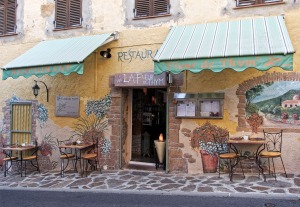 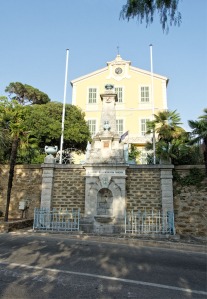 The First Week in France…….Tres Bien!

The Best of the Stevenson Hike- Introduction