Le Bleymard to Le Pont de Monvert. Fifth day of the hike. Today was going to be an up and down experience. By that, I mean the initial part of the hike would require 630 m ascent followed by a 770 m descent. I had a leisurely breakfast and had just exited from the hotel I was staying at when I ran into six of the French hikers I had visited with at the hotel in Chasserades. What a pleasant surprise! I was expecting another day of solo hiking but they insisted that I join their group which I gratefully accepted. They stated that their pace would be relatively slow but that was fine with me and it gave us more time to converse in both my broken French and their broken English.

We started the slow and steady ascent and eventually at about 4 km we reached the Mont Lozere Station de Ski. Certainly, this was much smaller than our Canadian ski areas in the Rockies. One glitch that we had at this point occurred when I was walking in deep conversation with one of the other French hikers and we started up the wrong path on the GR 7. We were happily conversing when he received a cell phone call advising him that we were probably not on the right path from the group who were about 200 m behind us. How embarrassing! We eventually found the correct pathway for the GR 70 but were amazed by the number of hikers on the path that day. On the path we saw and passed many “montjoies”. Some of these bear the Maltese Cross, marking the limits of the property owned by the Knights of Malta of the order of Saint Jean of Jerusalem, disbanded after the Revolution. Think of them as very large cairns. Clearly, this is a very popular day hike as well. You do get up to the highest point on Mont Lozere at 1699 m. There was a very refreshing wind up top which was required to cool us down from the climb.

After we spent some time admiring the views, we descended about 400 m to our lunch spot. we then started to descend a steep and very rocky path. On one of my steps down with my right foot I heard a crack and then developed some sudden pain on the outer aspect of the right ankle. Oh oh! I decided to just continue down even though it was quite painful and I figured I likely tore a small tendon or even sustained a small stress fracture. Such are the adventures of hiking long distances. I was able to keep up a good pace and we eventually ended up at the lovely hamlet of Finiels where the group insisted that we stop for refreshments. These French really know how to hike!

The rest of the way was a continued steep and rocky descent until we reached our destination of Pont de Montvert. It was an absolutely lovely village nestled amongst steep hillsides. I had to leave my French hiking mates as they were staying at a local Gite whereas I was staying at the small hotel on the opposite side of the river. However we made plans to meet up for an aperitif in the centre of town. Again, very civilized.

For your information, Stevenson climbed more or less the same route that we just completed. He apparently met carloads of pine trees en route, cut for the winter hearth. He woke during the night to enjoy half a cup of very cold water and a cigarette. He felt very refreshed and described the early morning as “a perfect hour of life”. This was apparently in contrast to his “night of horror” spent at Chasserades. He apparently left a few coins in the undergrowth in payment for his nights stay.

All in all, this was a very pleasant day despite the injury to the right foot. Ice and Naproxen will be in order tonight! Hopefully, it will be in good shape as tomorrow’s hike is the longest of the trek at 28 km and, as mentioned previously, the high temperature is supposed to be 37°C. Hopefully there will be no more glitches! 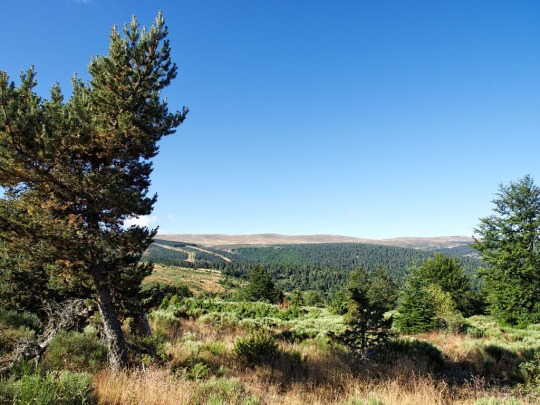 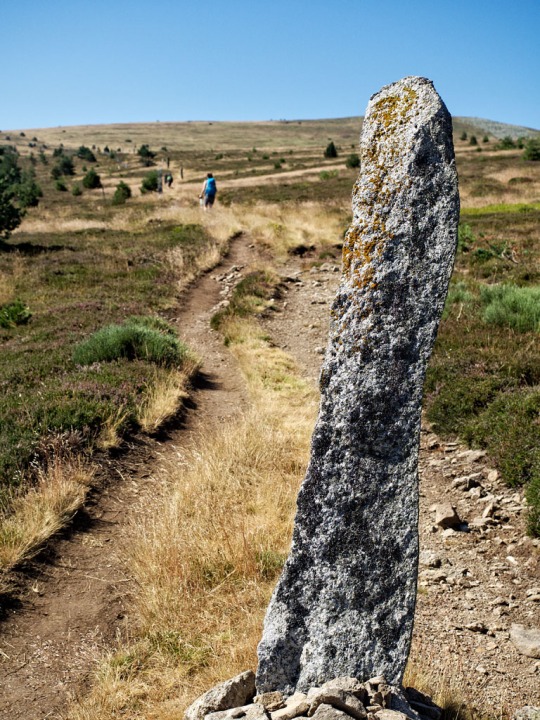 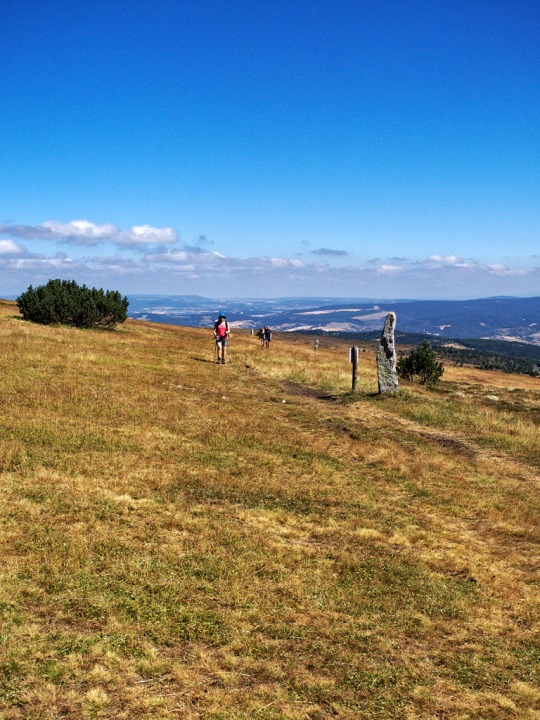 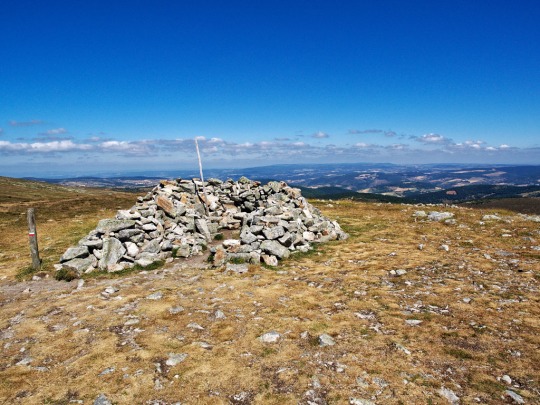 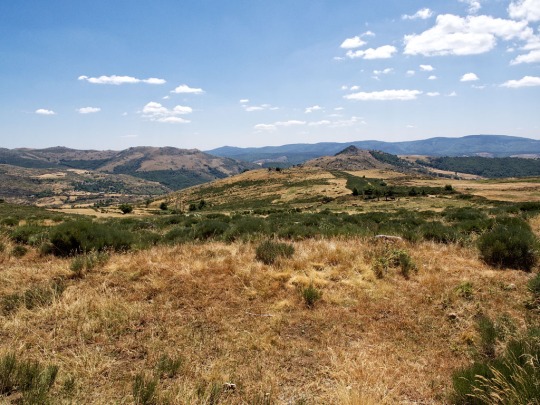 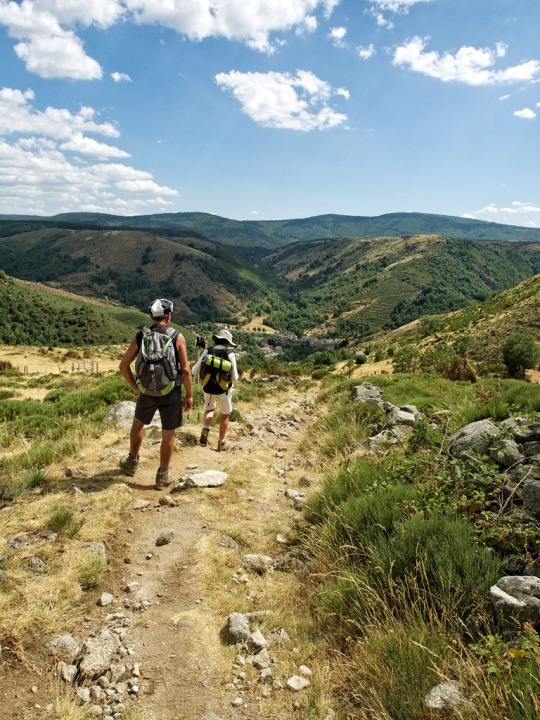 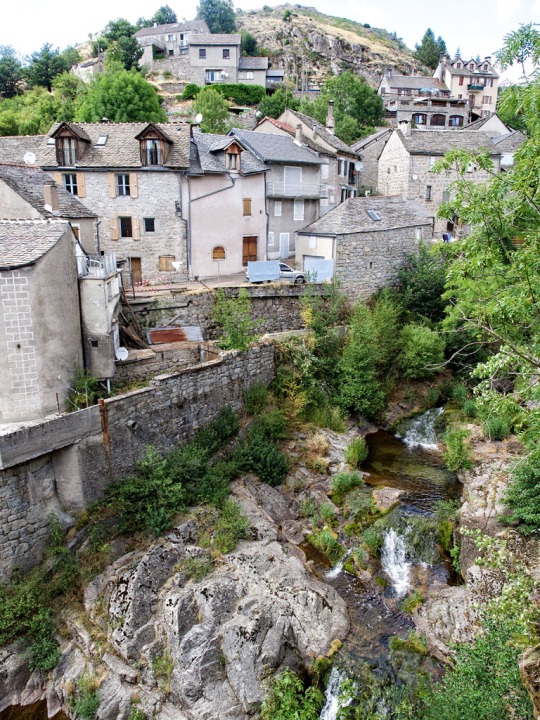