Climbing in England- The Lake District and The Roaches

I was happy to be dropped off in Chorley instead of taking the train from Manchester Piccadilly. I was picked up by Richard’s father Jeff, and, he was right on time. I liked the door to door service. We arrived at his home, just outside Preston where we would be staying, and Richard and Dave were just coming back from their climb that day in Staffordshire. What great timing! We greeted each other warmly and went in to get settled, eat dinner (Jeff was our official cook for dinners) and to plan our activities for the next few days.

It’s funny how things work! When I planned the sabbatical I was left with a few days in England and was wondering what to do during them. Contacting Mike and Karen in order to visit Wales just happened to work out. What a fantastic way to spend some of these open days! It just so happened the remaining days fit in perfectly with Richard’s and Dave’s climbing schedule. I would have the benefit of their companionship and further opportunity to rock climb, and, we all had to be back on the same day at Heathrow Airport. They were at the end of their two-week climbing holiday and I would soon be joining other friends to visit Devon and Cornwall before departing to Africa. Perfect!

As I mentioned previously, I am just learning the basics of rock climbing and I am not the most confident climber. In order to rectify this, I took a three-day climbing course with a mountain guide Mark Klassen in June 2015. He definitely help me and I was better able to understand some of the principles involved. Hopefully, this would translate into a better performance than I had previously exhibited.

Richard and Dave were most understanding and chose some perfect routes that were within my capabilities but also would push me a little bit. They had been climbing over the previous two weeks in different parts of England and Scotland. Preston and Chorley also happen to be where Richard grew up which afforded the opportunity to meet some of his schoolmates as well as his parents. It was nice to see where he spent his formative years. Of course, there were also some great pubs to visit!

We drove to Staffordshire for our initial climbs. We would be spending time in a location known as The Roaches. The Roaches (from the French les roches – the rocks) is the name given to a prominent rocky ridge situated above Leek and Tittesworth Reservoir in the Peak District of England. The ridge with its spectacular rock formations rises steeply to 505 m (1,657 ft).

Along with Ramshaw Rocks and Hen Cloud they form a gritstone escarpment, which is very popular with hikers, rock climbers and freerunners. It is often very busy especially at weekends. The local mountain rescue team is a regular attendee to this popular crag.

The Roaches Estate which includes Hen Cloud was purchased by the Peak District National Park Authority in the 1980s to safeguard the area from adverse development. From May 2013 Staffordshire Wildlife Trust will take on the management of the iconic Roaches Estate. The British Mountaineering Council maintain a mountain hut named in memory of Don Whillans in the area.

We were able to complete at least three pitches and I was amazed how much more confident I felt in my climbing. Thank you Mark Klassen! The weather was perfect. I very much enjoyed myself instead of being petrified as I was on my previous climbing attempts. I also felt better because I was not compromising Richard’s and Dave’s climbing experience as they were on holidays as well. What great climbing partners! 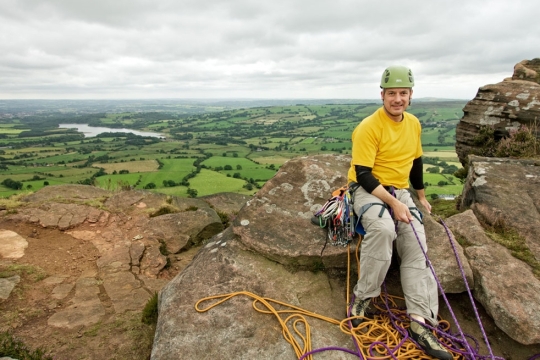 Richard at the top, The Roaches England

Richard and Dave preparing to climb, The Roaches England

Richard climbing with Dave looking on, The Roaches England

A fancy move, The Roaches England

Steve doing the downward dog on rock, The Roaches England

Which way now? The Roaches England 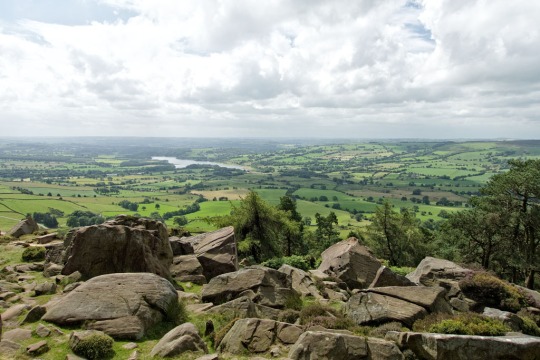 Beautiful views over England, The Roaches

Looking up one of our climbing pitches just to give perspective, The Roaches England 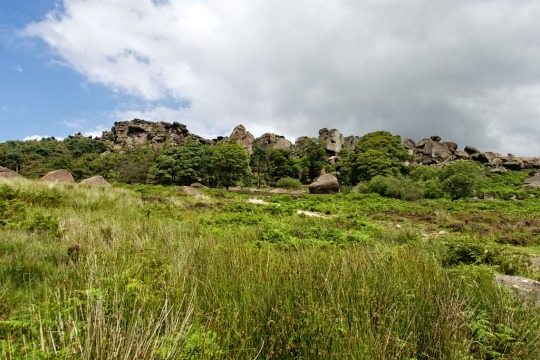 The Roaches, view from below, England

The entrance to the Roaches, England

Panorama, looking out from the trailhead of the The Roaches, England

With the success of The Roaches, we decided to tour the Lake District. The Lake District, also known as The Lakes or Lakeland, is a mountainous region in North West England. A popular holiday destination, it is famous for its lakes, forests and mountains (or fells) and its associations with the early 19th century writings of William Wordsworth and the other Lake Poets.

Historically split between Cumberland, Westmorland and Lancashire, the Lake District is now entirely in Cumbria. All the land in England higher than three thousand feet (914.4 m) above sea level lies within the National Park, including Scafell Pike, the highest mountain in England. It also contains the deepest and longest lakes in England, Wastwater and Windermere. Unfortunately, as we drove towards the District it was raining. This could impact our ability to climb as wet rock is not the easiest or safest to climb. We decided to tour through some of the beautiful resort towns and villages and do a little shopping. What a beautiful area! Certainly, this is a location to come back to in order to do a proper walking holiday. It is extremely scenic and has a lot of services and accommodation.

Thankfully, the weather started to clear and we decided to proceed to Little Chamonix our climb for the day. This is one of the most scenic and doable climbs in the Lake District. Richard had done this climb before so would not be joining us but encouraged Dave to lead the climb. Dave, had climbed in his younger years but had more recently taken it up again and had also just started leading climbs in the last year. This would be a great experience for him as well as me. This climb would just be on the limit of my capabilities so it was a good test for me as well. Dave did a great job of leading the climb. He instilled a sense of confidence in me. In fact, When I reached the top I was somewhat surprised because I thought the climb was still going to be several pitches. I felt fantastic! The views from the top of the climb were superb. This further encouraged me to keep climbing in the future realizing that I am capable in my middle years the pick up new skills and to continue to push myself. Feeling uncomfortable and having trepidations is not a bad thing. 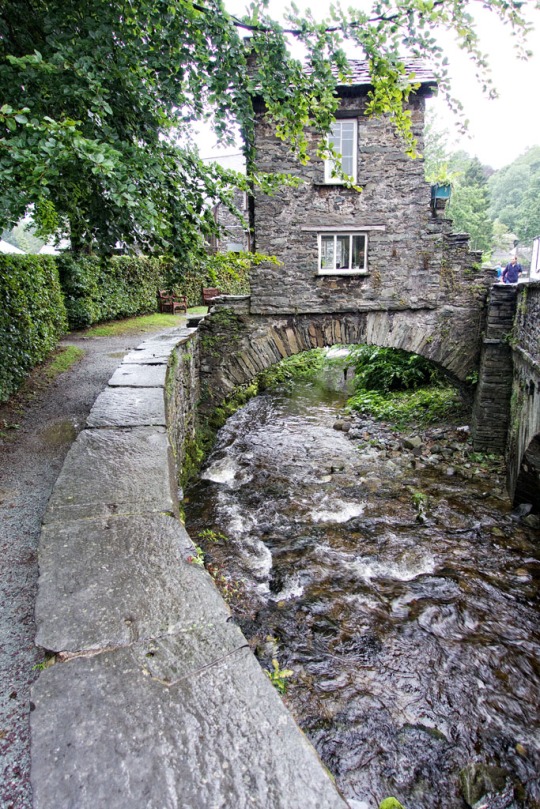 Richard and Dave taking a stroll, The Lake District England 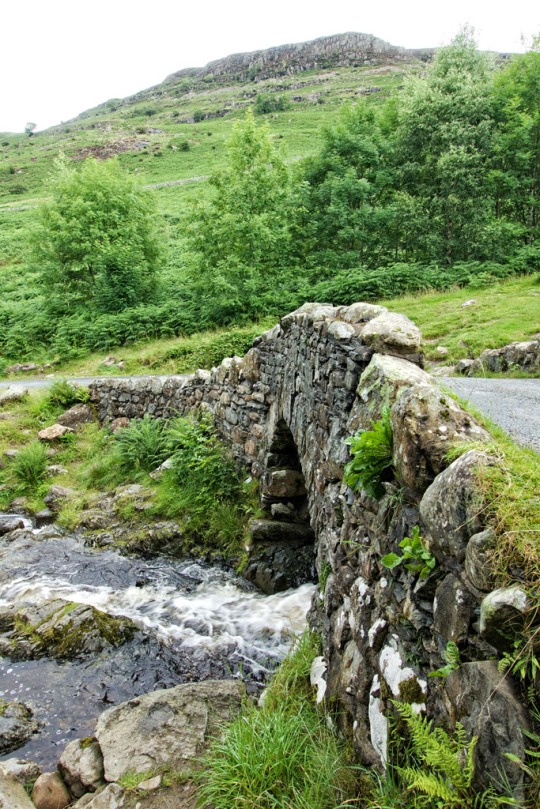 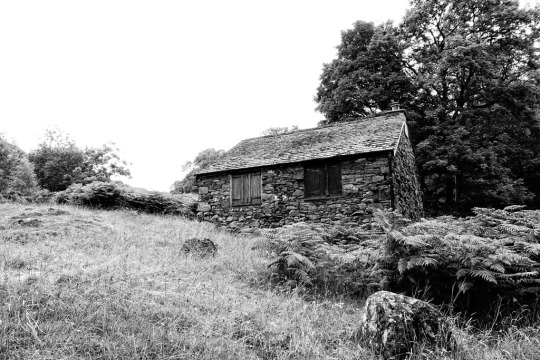 Small cafe at the base of Little Chamonix, The Lake District England

View from the top of Little Chamonix, The Lake District England

View from the top of Little Chamonix, The Lake District England

Panorama, view from the top of Little Chamonix, The Lake District England

I cannot believe how quickly our time together went. Of course, this is always a sign of having a good time. I very much appreciated meeting Richard’s parents [who are both lovely]. They were very gracious. Thanks Jeff for the accommodation and dinners. We also had a lot of fun in the evening watching recorded PVR of a TV series of bad drivers from Russia recorded on dash mounted WebCams. This produced a lot of belly laughs! We also had an evening out with some of Richard’s schoolmates at an amazing pub originally constructed in the 1600s. It was great to meet them as I am sure it was for Richard to see them after almost 30 years.

We had an early start on the day of our departure from Preston as Richard and Dave had an early flight to catch from London Heathrow back to Calgary that morning. Richard arranged for us to travel first class on a train from Chorley to just outside London. We would then catch a cab from this train station to Heathrow. I really enjoyed traveling by train. It was a most relaxing experience and the food they served for breakfast was excellent. Of course, the company of my two buddies added to the experience. Richard also had a fun card game which we played on the way down which also resulted in numerous belly laughs.

Richard had arranged for a cab to pick us up as we arrived just outside London but we had a little trouble finding the pickup point. It all worked out as the cab dropped Richard and Dave off at Terminal 2.  I would proceed on to Terminal 5 to await the arrival of most of my travel mates for my upcoming Africa adventure. I said goodbye to Richard and Dave. They are great friends. I always enjoy our shared adventures. I would be seeing them again for a photography and backpacking trip in the Eastern Sierra’s end September 2015. I try not to miss any opportunities to share adventures with them.

I had some time in Terminal 5 to catch up on emails, process some pictures and also update the blog. The time just flew by. I proceeded to the arrivals area in the early afternoon where I initially met up with Lorraine [she had arrived earlier at Terminal 2 and was picked up by Andy] and Andy and then Teresa and Anna. Mary Ann [our other Africa travel mate] would not be joining us for this portion of the England visit or Botswana. We were going to meet up with her in Namibia.

We had several days to spend with Scotty, Andy and Nick. Scotty and Andy were British friends we had met previously. We originally met Scotty as the photographer on a previous Africa adventure and met Andy one year ago on our Scotland trip. Teresa had previously met Nick but the rest of us had not. He was retired and owned a country estate which we would be visiting. Scotty also lived in a property on the estate. We were looking forward to a brief but fun visit with our English friends. This was going to be fun!