Saturday June 9 2018. After the epic ride yesterday I needed the day off- I had planned it in originally so I could spend some time in Port Angeles- not knowing how much it was appreciated as I awoke to the pitter-patter of rain on my tent fly. Yikes, would it ever end?

I moved slowly and ached as I got out of the tent with a grunt and a groan. The good part of being in a RV Park is the amenities. They had a heated activity room with plenty of electrical outlets, a laundry (thank you know who) and a shower (I am not worthy but I am somewhat dirty). My morning was planned. 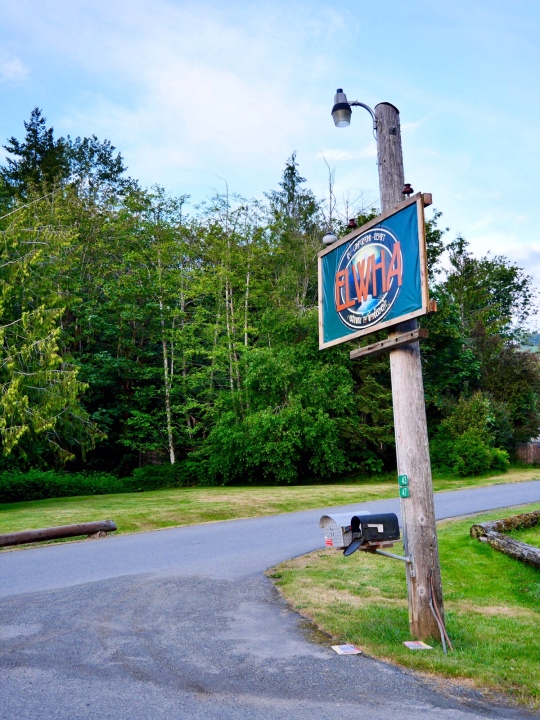 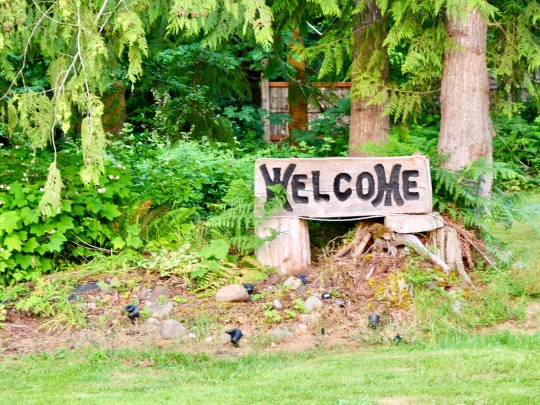 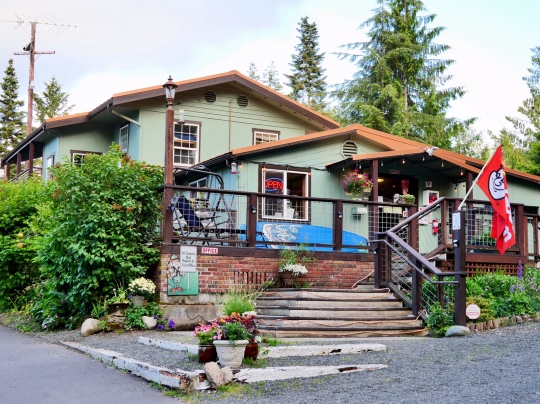 After a quick breakfast I gathered all of my wet clothes and panniers and threw the lot in. I then had a 6 minute shower mandated by the coin operated machine. I then just organized things and blogged a bit as my devices charged away. I even washed the bike which sorely needed it.

Yesterday I had noted another issue with my bike. Under load and especially on the downhills the handlebars felt wobbly. Not a good thing. In my haste to get to the RV Park the previous night, I had struck a couple of potholes which may have loosened things up. There was bound to be a bike shop in Port Angeles so after I finished all of my chores, smelled respectful again and the rain had finally settled a bit; it was time to bike into Port Angeles.

On my way down (all downhill) I found the other end of the Olympic Discovery a Trail. Nest! Much easier than the city roads I had taken to the RV Park last night.

When I got into town the first thing I did was find a bike shop. Easy, one was on the main drag. He agreed that my stem was quite loose and if it failed could be “catastrophic”! He adjusted it and it felt back to normal. I was starting to wonder what value I had with the “tune-up” I had prior to departing on this trip.

I next stopped in the Visitor Centre to check out afternoon activities. Let’s say the retired volunteer was nice but kept alluding to her experiences, kept smirking and telling jokes but in the end wasn’t that helpful. I was thinking of going up to the Olympic Hot Springs but my volunteer seemed to draw a blank regarding this activity- I was not surprised. She passed me on to a much more experience fellow and he told me the road had been washed out with a recent flood and didn’t recommend it. Too bad! After last night though I was not interested in another “adventure”.

I was hungry so I had a nice lunch at H2O Bistro with a very attentive waiter. I finally had to have fish and chips but there take was to batter salmon. Yum!

I wondered around the port and did get a few photos from there including some tall ships that were in port. I was surprised there was not much to do here so I got back on my bike and made my way back to the RV Park (all uphill) I really felt tired and had a headache. I guess I had not really recovered from my previous day’s exploits. 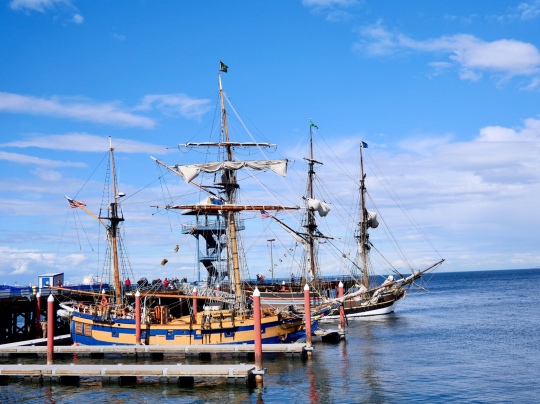 When I got back to the RV Park I decided to check out the Elwha Dam Interpretive Centre and hike. It literally started right out of the front gates of the RV Park! It was a lovely night and not raining. The Elwha Dam and another further up the river were both decommissioned after a nasty fight over restoring natural salmon spawning channels. In this case nature won. This was the largest Dam deconstruction ever undertaken in the United States. It was interesting to read about and the hike to the now open river site where the Dam once stood was well worth it. The colours were beautiful that evening. I then walked over the Elwha Bridge to get a photo before returning to the RV Park. 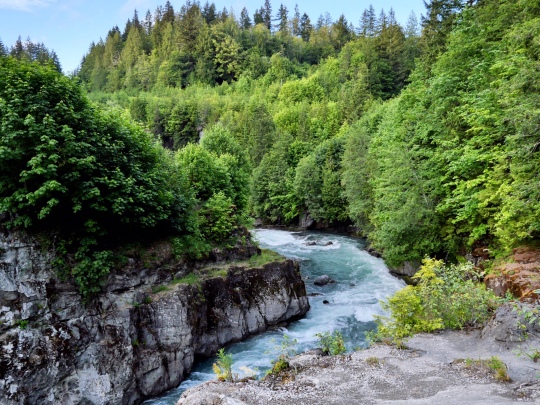 I had another long day tomorrow so I applied my “secret sauce”- a wee dram of scotch, just kidding- sleep, to be frank. I hoped I would feel better the next morning.