Thursday June 14 2018. Wow the end of my cycling loop was fast approaching! I awakened in Belfair with no rain again. Sacrifices to the rain gods were being heeded.

I had another hot shower that morning, packed up and headed back into Belfair for breakfast. That Highway 300 was still busy!

Ordinarily I like to eat at some local establishment, but this morning, a Starbucks was right at the intersection I had to turn at to continue my journey. The free WiFi sealed the deal. I lingered a bit but soon enough was on my way.

I would be passing through several larger towns today which had not been the case up to this point. I was on the “sound alternate” route back to my starting point (preferable to the “unsound alternate”). My original plan had been to cycle from Elma east for a big loop through Mount Rainer and the Northern Cascades but time was limited. The latter would have to wait for a future adventure.

I had a fine drizzle today but no major rain. I took the Old Belfair Highway and had a pleasant ride into Bremerton which had a huge naval base with impressive shipyards. To get into Bremerton I had a short 1 3/4 mile section on a freeway! I survived.

As I was cycling through town I saw a small bike shop right on my route so I stopped in to finally pick up that extra spare tire tube. I felt better now. Silverdale was the next stop and I decided to have lunch there. Another pub but they allowed me to charge my electronics. The weather was starting to open up and sun made it’s way through. The server told me the forecast was for hotter and sunnier weather. Great! The lunch was huge and a bit calorie loaded. Thank god I was cycling!

I cycled steadily until I got bank to Hood Canal padding by Kitsap Memorial State Park and then crossing the impressive Hood Canal Bridge. I then turned off on a lovely road Paradise Bay Road to make my way to Port Hadlock. I passed through Paradise Bay and then Port Ludlow. The latter town was very upscale with beautiful homes and quite a bit of development.

I reached my campsite for the night Lower Oak Bay Campground which was right on the beach and practically empty. I would have my section to myself. It was the least developed of the campsites I stayed at, but, had it’s charms. There was a lovely wind off the canal and plenty of birds like herons. I set up camp and rode the 1.5 miles into town for dinner. I found a great seafood place called Scampi & Halibuts Seafood Grill. What a find. As I sat on the deck another solo diner (a teacher) clearly wanted to chat so we did. These “solo” adventures are rarely so. Dressed in bike gear, everyone wants to talk to you.

I pedaled back to my campsite and just sat on the beach smelling the sea air and entertained by the symphony of a seagull overture and a beautiful sunset. Another great day! 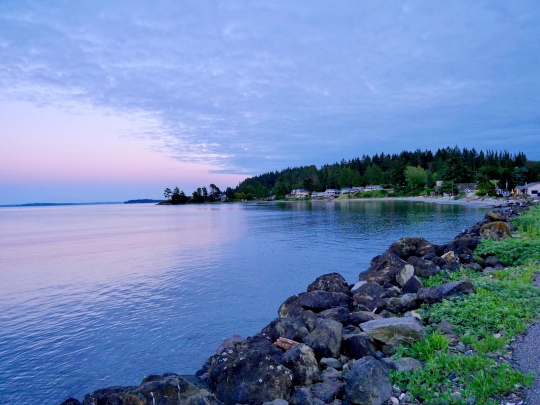 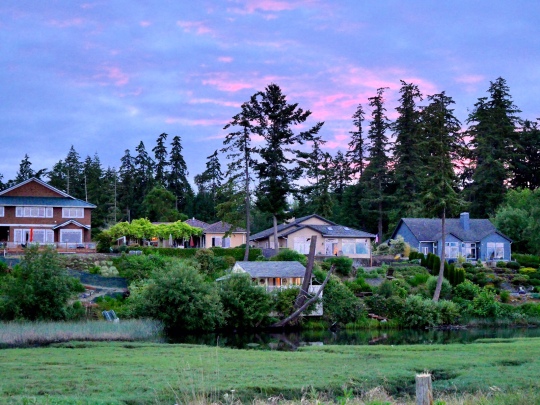 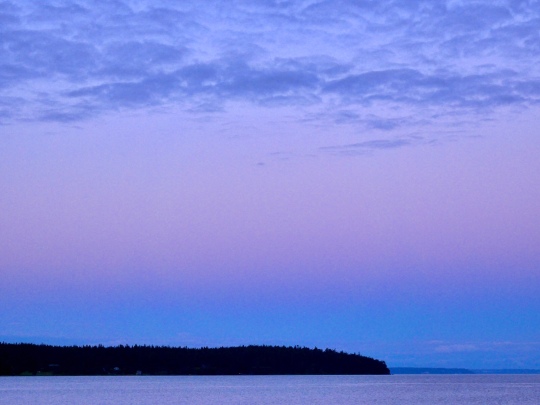 Port Hadlock to Anacortes….back to the start!