I awoke after a good sleep. That 20 km ski yesterday had worked it’s charm. I had gone back to the Truffle Pig last night and had the most wonderful baked Mac and Cheese with chicken apple sausage and duck confit. Yum! I also picked up a pound of dark roasted coffee from Nelson BC the pub was selling.

A quick shower followed. Then as I packed up, I had a nice cup of hot green tea. Before I knew it, I was off. The plan was to stop for breakfast in Lake Louise and then go for a snowshoe up to Rockbound Lake. I had been there before a few years back with Dave, my friend, but we never quite made it all the way up to Rockbound Lake itself.

Breakfast was hastily eaten and I picked up some sandwiches for lunch.

The drive was pleasant. It felt warmer today compared to yesterday. Yeah!

I arrived at trail head about 9:30 AM and was surprised that I was the only one there. Oh well, all the better for me!

I got quickly geared up and off I went, at least, that’s what I thought! I was quite happy to put my new trekking poles to the rest, but, they kept collapsing. Had I picked up a dud set? A quick look allayed my fears as I recognized that the tension knobs on all of the flip locks were loose. A quick tightening of all the knobs and finally I was good to go!

The first 6-6.5 km of this snowshoe was in the trees with no views and was up, and up followed by more up! The snow was pretty shallow on the bottom half but progressively got deeper and better as I ascended. Elevation kind of works that way.

The first glimpses of Mount Eisenhower peaked through the trees. Once I got up to the upper valley the views were spectacular. 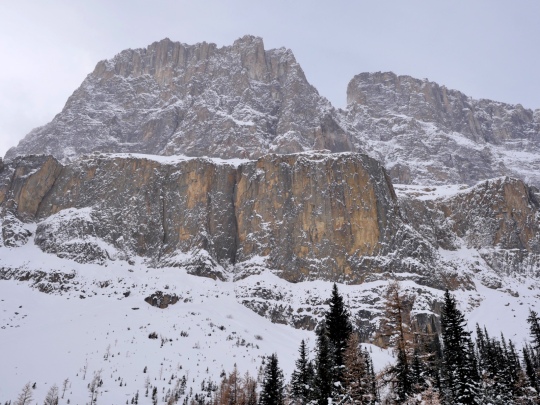 Numerous snow ghosts and the frozen, attenuated yellow needles of larches greeted me. I was surprised by the number of larches with retained needles. I must remember to come back here in the fall!

I circumvented Tower Lake and then began a short, but very steep, ascent of the head wall beneath Rockbound Lake. 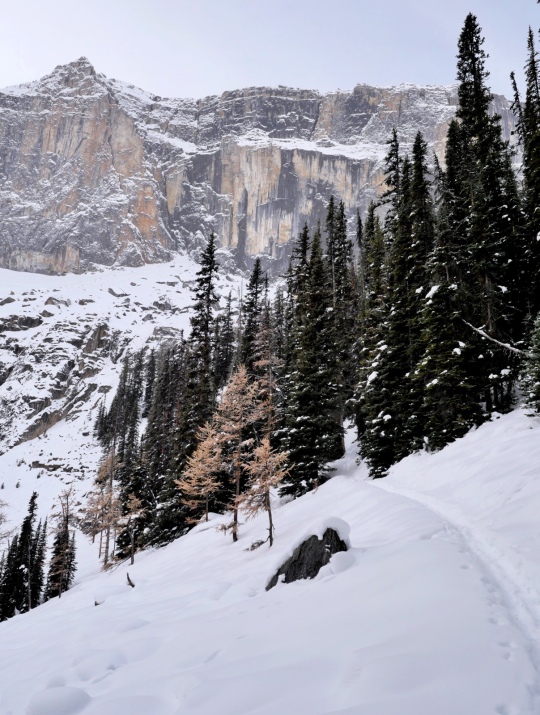 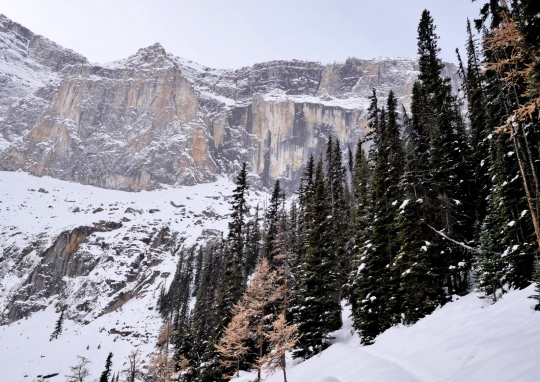 Before I knew it, the entire expanse of Rockbound Lake (well named) opened up before me. Spectacular! I found a rock to sit on “lakeside” and greedily enjoyed my sandwich as my eyes darted back and forth trying to take the whole amphitheatre of rock in before me. 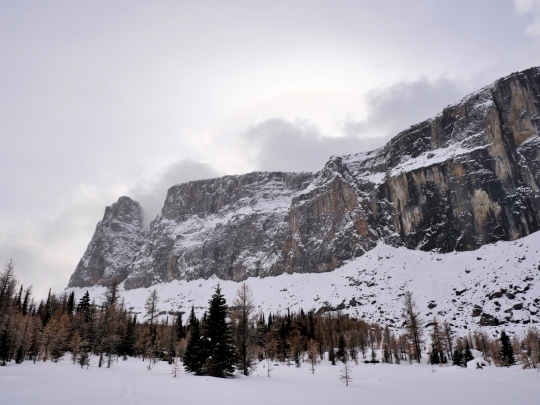 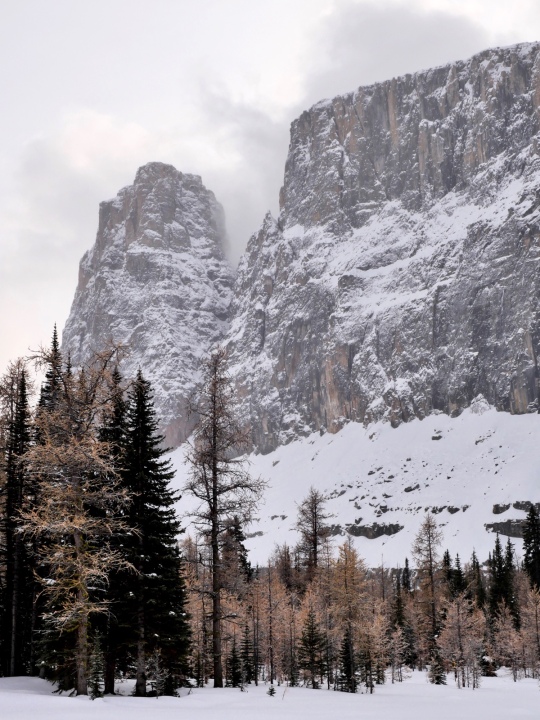 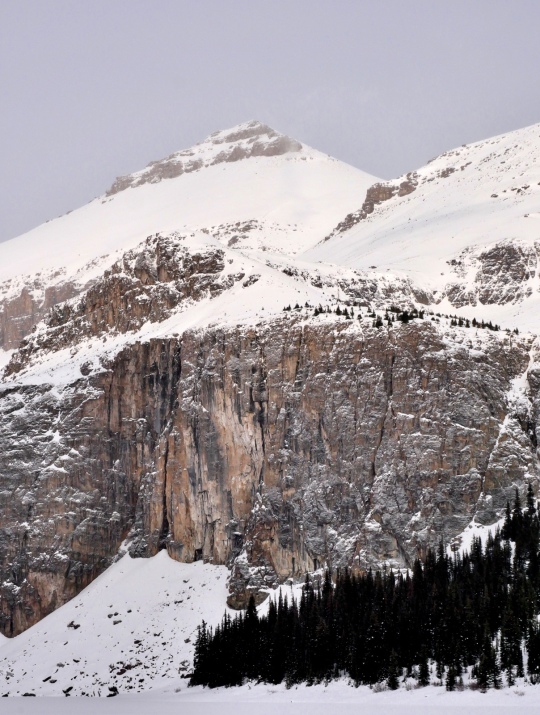 I started to get a bit cold and really needed to get back so off I went. I looked forward to the downhill trek after so much climbing.

As I got back to the Tower Lake Valley beneath Rockbound Lake, the most gentle snow flurries began punctuated by sunlight breaking through. So beautiful.

The remainder of the way down, sun greeted me at every switchback corner. The snow beneath my snowshoes had softened considerably. I was pretty sure though that someone had moved the trail head further away as it seemed like a long time before this lovely snowshoe trek ended. Ah……the tricks of the mind!

Still no one in the parking lot when I arrived back. I was truly blessed to have had this trail to myself today. In the end, it had been 17.4 km under 4:30 hours with 839 m of elevation gain. Not bad for a recovery activity.

What a great weekend! I again counted myself lucky to be fortunate enough to be able to have such adventures . I truly consider myself blessed.

Home beckoned and I answered the call. Until next time.