We had the best sleep ever! Perhaps going up Connor Pass yesterday had some role to play? We planned for a very leisurely morning as we only had about 50 km to cycle.

The breakfast at this B&B was fantastic. We were delayed a bit afterwards by some technical glitches trying to download pictures for the blog posting from yesterday. I finally got it done and we packed up.

It had rained through last night and we could hear rain on and off as we were preparing but I still put sunscreen on. Anna asked “are you feeling optimistic?”. I was.

We started to cycle out of town full of anticipation for the famous Dingle Loop. Patrick, our guide, had stated that this could be the highlight of the trip.

We thought the tour would keep us on the Slea Head Drive the whole way but soon we were directed to a side lane. It was so quiet and passed through lush and pastoral farmlands. 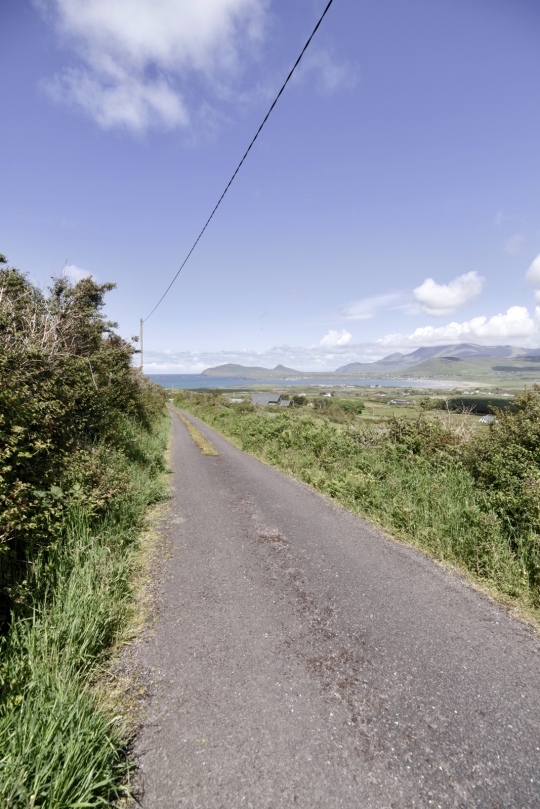 It started to rain quite heavily so it was back on with the rain gear. Eventually we did back to Slea Head Drive and the views grew progressively more stunning. We couldn’t believe how beautiful it was. The clouds started to clear and we suddenly saw an unusually bright orb in the sky…….the sun surrounded by blue sky. Yeah!! It was off with the rain gear for the rest of the ride. 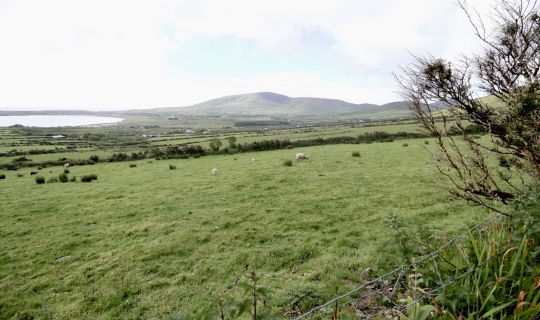 The road was narrow and built into the cliff side with precipitous drops on our left to the turquoise coloured sea below. We passed an ancient Celtic Farmhouse Museum, an old wall fort, some original famine shacks and ancient Celtic beehives. We almost stopped in to “pet a baby lamb”! 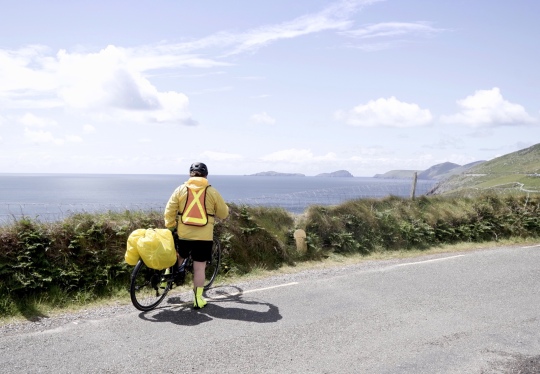 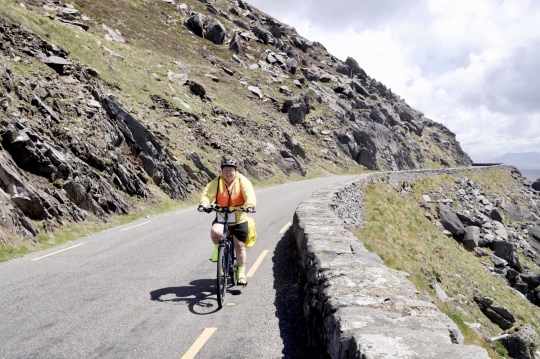 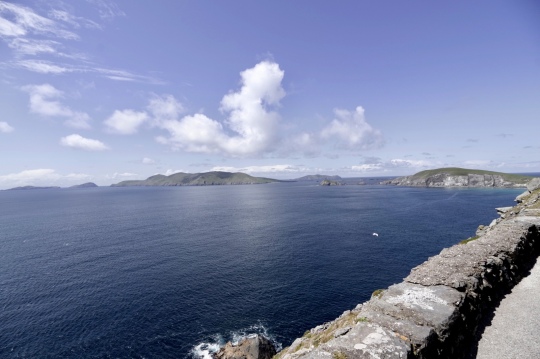 Soon the Blasket Islands came into view. Stunning! We were at Slea Head and within 1 km of the Blasket Center I left Anna to take the intermediate route back. As soon as I left her I wondered about my choice as I had a 12% grade climb. I eventually got to the top and then stayed on high, quiet country lanes. Fantastic. There was quite a bit of climbing but eventually a lovely downhill section exiting by a stunning church in Ballyferriter. 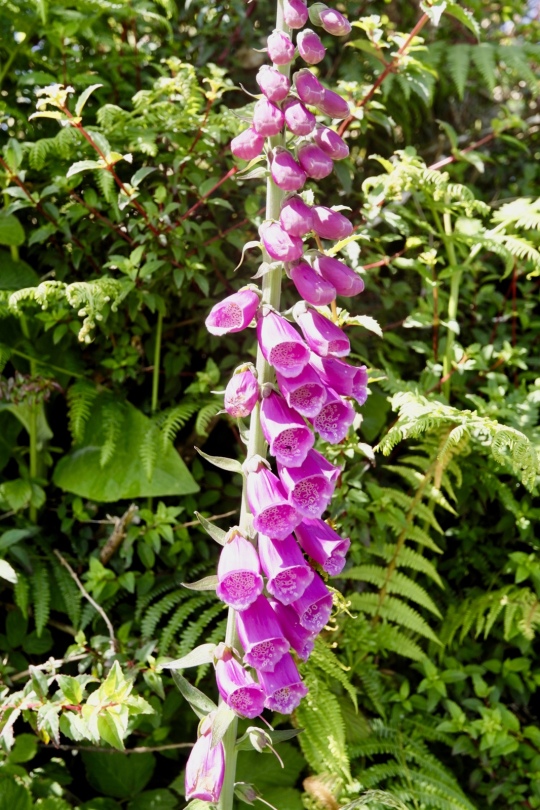 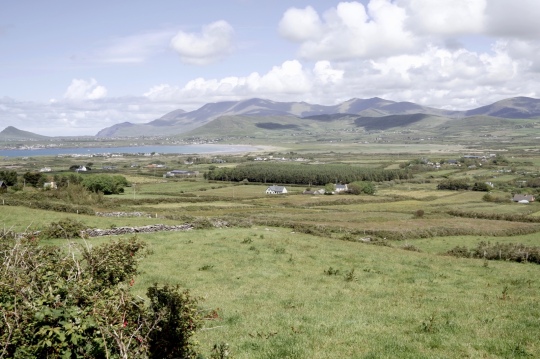 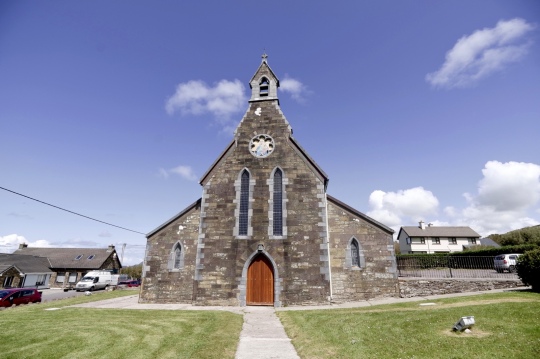 I passed by a pub (no way, in Ireland) but decided just to head back to Dingle. It was fast and fun cycling. I had adjusted my seat higher this mornings and had it exactly correct. The legs felt good! Before I knew it I was back in Dingle.

Anna would take longer to get back so I parked the bike and walked back into town for a well deserved latte and minestrone soup. Yum!

I took a few more photos in Dingle and then walked back the long way to the B&B. 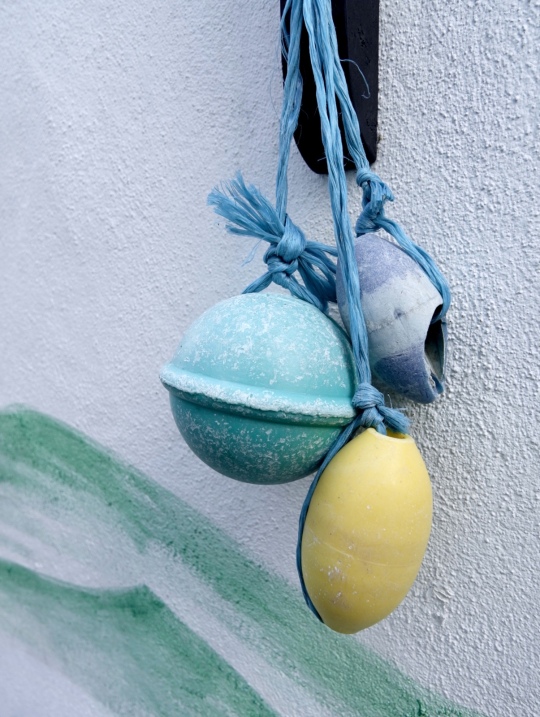 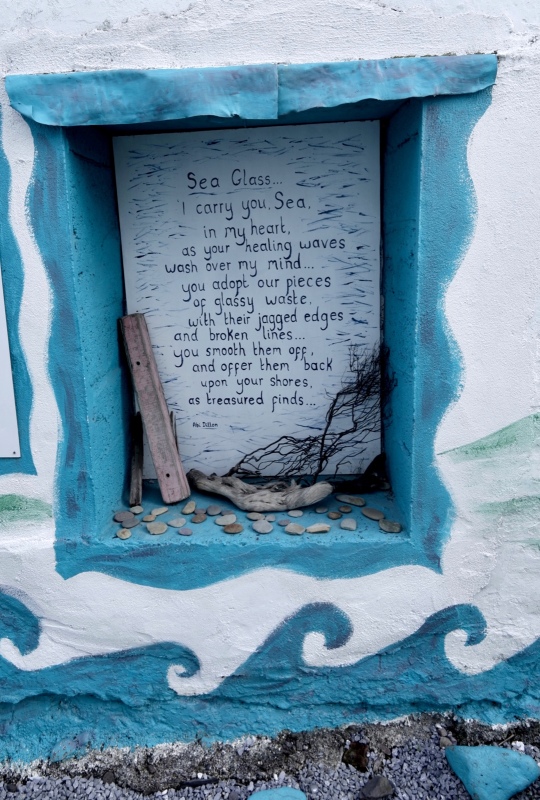 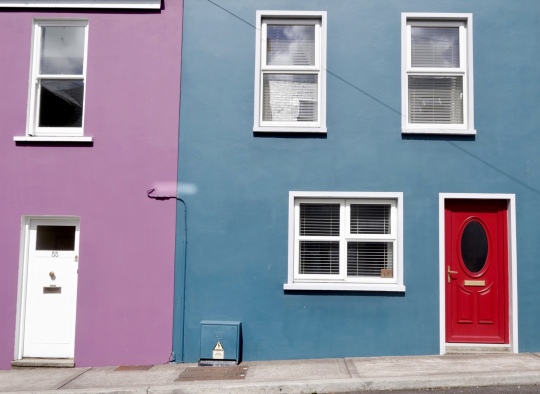 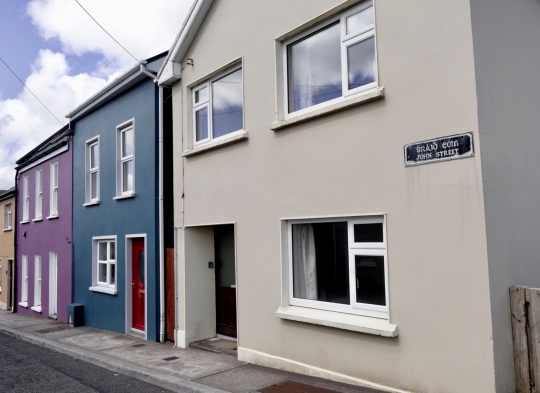 Anna eventually returned with a few purchases. She had seen some lovely pottery and original art pictures and was intent on purchasing same prior to our leaving Dingle tomorrow.

We walked into town and had one of the best meals we have ever had at Doyles Seafood Restaurant. The seafood linguine was amazing. We finally had our Dingle gin there as well. Afterwards we went to Foxy John’s pub and hardware store (yes, it’s an Irish thing) for a pint of Smithwick’s Red Ale as we listened to a local Irish musician. 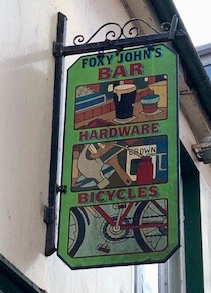 Finally, we returned to our B&B for a glass of red wine and drank in our final sunset. It was off to Killarney tomorrow. Could life get any better?