Another good sleep! I must admit, I felt a little tired after yesterday. This likely accounts for me sleeping in today. However, Anna decided I felt like Finn O’Malley today!

The breakfast at our B&B was freshly made and substantial. They really do mean breakfast! Anna had oatmeal with Baileys Liquor. Try it- I think you will be pleasantly surprised. Everything was served hot (and I do mean hot). The coffee was particularly good. This B&B also had the best shower. Instant hot (and I do mean hot) water that was anti-low flow. Ah………!

Anna’s and I paths would again diverge today. She wanted a day off the bike and would do a walking tour of the Killarney National Park, Ross Castle, St. Mary’s Church and Cathedral, the Franciscan Friary and then the town. I would cycle out to the Gap of Dunloe, then descend into the Black Valley (sounds ominous, doesn’t it?) followed by a climb up to Molls Gap and followed by a final descent down a portion of the Ring of Kerry returning to Killarney.

The ride up the Gap of Dunloe was steep but grew progressively more scenic. It was not busy which was great. A good portion of it is really encouraged mainly for walkers, cyclists and jaunting carts. It looked like it was going to rain but didn’t. There were great views all around. 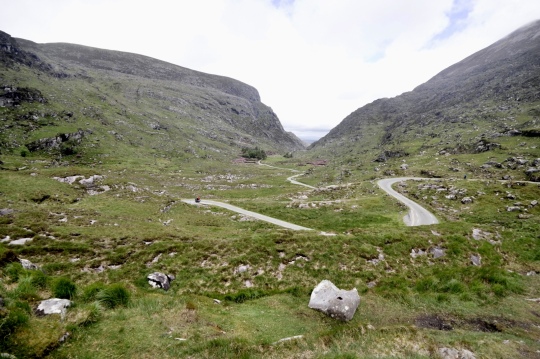 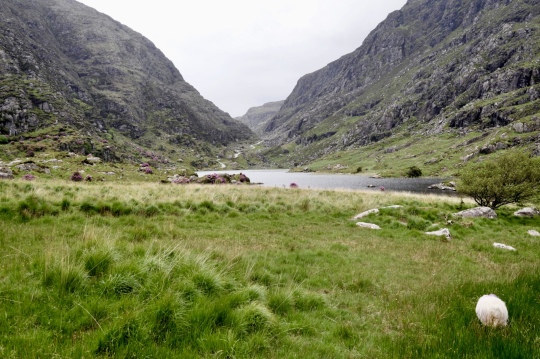 The descent down the other side was fun but you had to watch your speed as there were wet sections and horse droppings. If you fell it would not be pretty.

The Black Valley was likely the finest section I cycled through to date. A wonderfully quiet and picturesque lane which undulated part green fields, lovely stone cottages and small waterfalls. Any fatigue I felt earlier melted away.

The climb to Molls Gap was steep again but eventually conquered. I was surprised when I found out Kenmare (our final stop on this bike tour) was only 10 km away. I was going to have lunch at the Gap but there were too many people from a bus tour at the restaurant so decided to ride on. The descent from Molls Gap was on smooth road and delivered nice views of the Killarney Lakes below. Along the way, I stopped at Ladies View, the Torc Waterfall and the Muckross House. 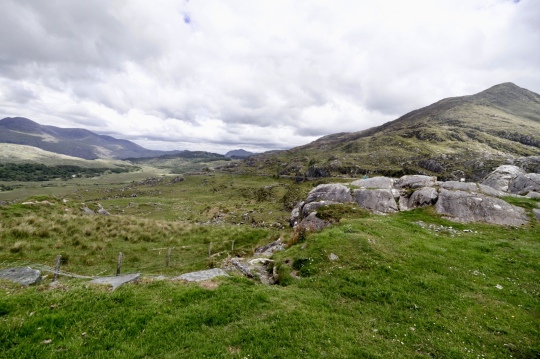 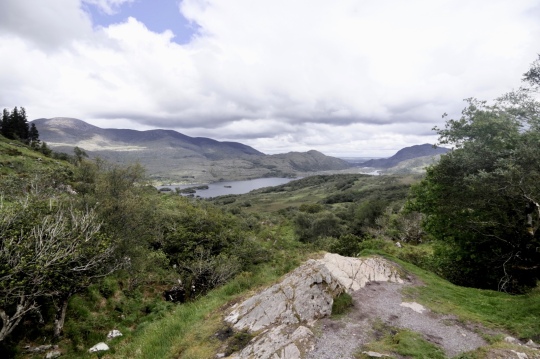 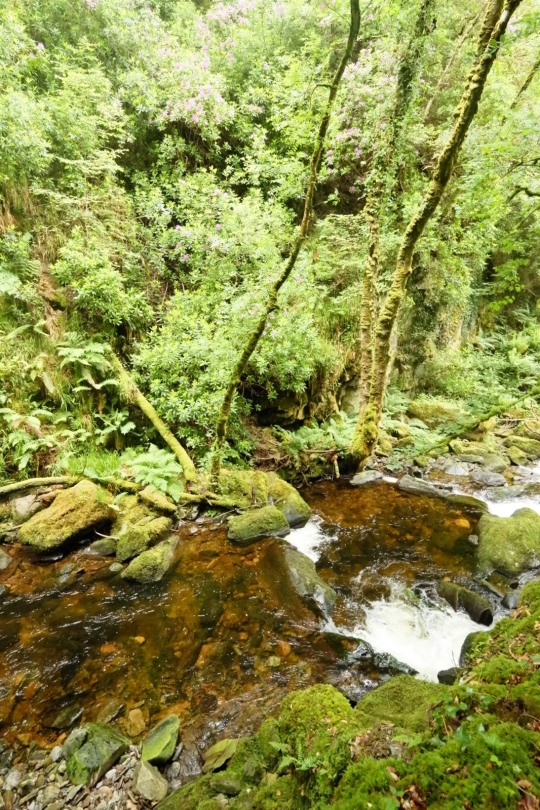 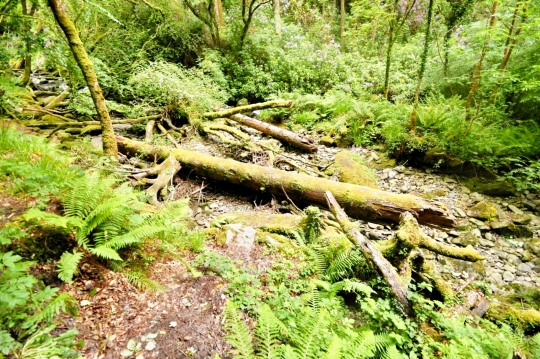 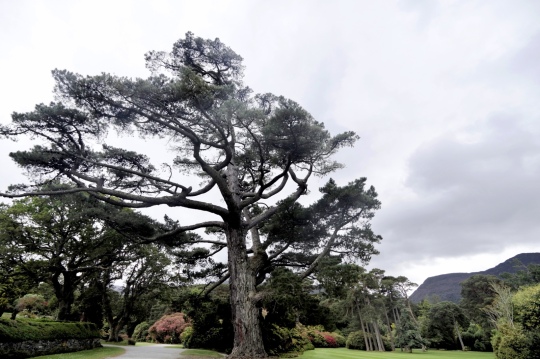 Before I knew it I was back in Killarney and ran into Anna (not literally!) along High Street. I was quite hungry so we stopped in at a cafe for a very good latte and a slice of Guinness Walnut Bread. Guinness can do no wrong!

It was back to the B&B to work on this blog posting and to relax before our evening “on the town”. We had a great dinner at Gabeys Seafood restaurant and then headed back to our B&B to be picked up and driven to a performance of “Celtic Steps”. This was a performance of Irish song and dance at the local raceway. Our cab driver was late but did eventually arrive and whisked us down to the venue. We grabbed a pint of local Killarney Blond Ale and thoroughly enjoyed the energetic performance. Both the musicians and the dancers were top notch. The cab was right on time to take us back to our B&B but we then decided a nightcap was in order and we proceeded back to town and I chose a bar that was holding some chaps 40th birthday celebration. Oh….those were the days my friend! Why not crash it? We tried to fit in and enjoyed the finger food but after one G and T headed back to our B&B for a well earned sleep.

Killarney C(K)aper B- The Pastorale