I think I lost some points with Anna this morning. I awoke on our last day in Galway absolutely convinced it was 7:15 AM. I hit the shower and came out ready to face the day. Anna sleepily said “why are you up so early”? I said “whatever do you mean my dearest”? She said “it’s 5:15 AM you idiot”! Oh my! She got the puppet out and we went over the intricacies of telling time!

My name today was Paddy O’Donnell! It just happened to be the name of the street our hotel in Limerick was located on!

I laid in bed for about 45 minutes and then got up to do an early morning walk as Anna pondered my demise as she could not get back to sleep.

It was a beautiful morning and I explored West Galway, the South University Campus and the Canal Pathway system. 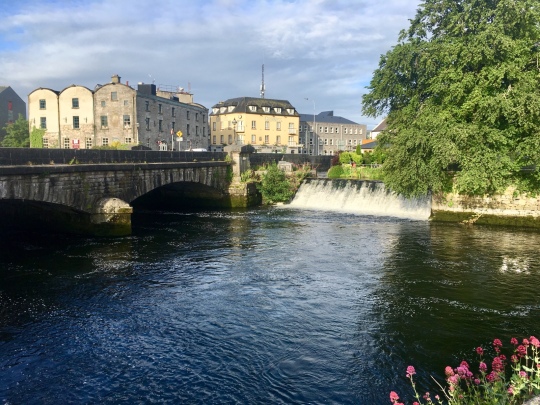 When I got back to the hotel we went down for a nice hotel breakfast and then headed out for some shopping.

The original store we planned to shop in was closed but we found another with the identical items. We did not make it over to the Aran Islands yesterday but their merino wool sweaters, scarves and hats were easily available in Galway. Free shipping back to Canada was offered so we took advantage of the offer and before we knew it a good part of our gift shopping was done.

We continued to walk around Galway taking in our last experiences including a tour of the St. Nicholas Church and shopping at a craft sale just outside the church. 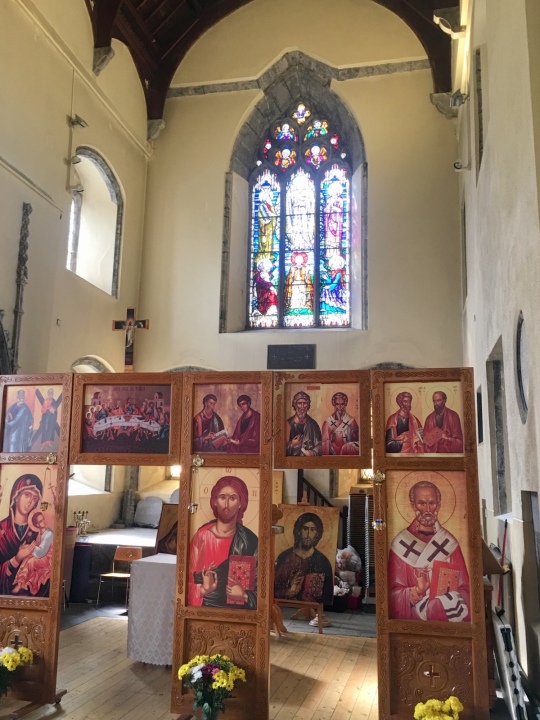 We then had a nice espresso before heading back to the hotel.

We packed up quickly and then walked the 3 minutes to the Galway Train Station. Our train to Limerick did not leave for another 90 minutes so it was back to the Meyrick Hotel Bar for a Galway Hooker (get your mind out of the gutter!) and a Guinness. Anna picked up a couple of bags of crisps for the train ride as we could not locate any shop willing to sell us a couple of bottles of Prosecco at a good price! 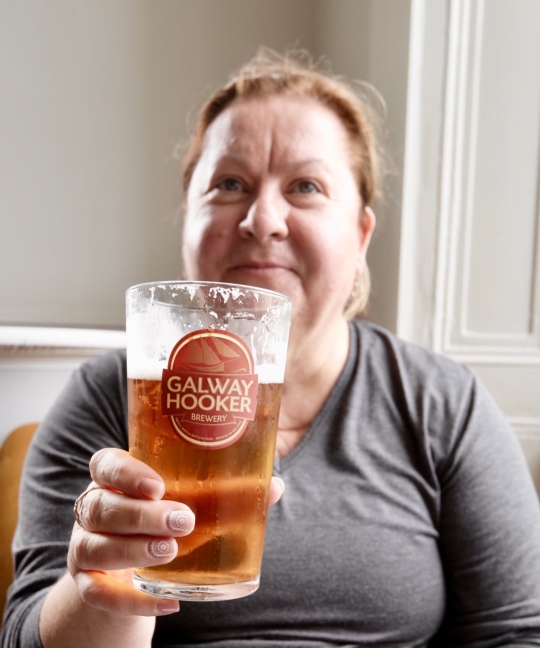 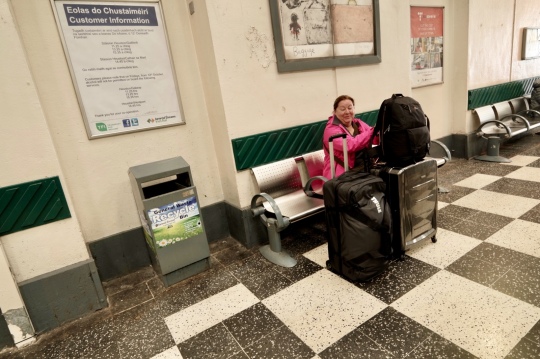 The Train ride allowed me to catch up on blogging as Anna read up on our bike tour.

We arrived in Limerick and used Anna’s phone GPS through TripIt to direct us to our hotel which was apparently 8 minutes away. We were directed to the middle of a block with no hotel in sight! We did find a small sign at that location that listed Georgian Limerick which was not the hotel. After some web searching we determined the booking was under the wrong name in Expedia. The correct name of the hotel was The George Hotel and when this was entered we found our way quickly and thankfully it was close to our incorrect location.

We settled in and then went to a local pub Flannery’s- established in 1889- and had a nice pair of ales to relax. This was truly a classic neighbourhood pub!

Next it was off to the Glen Tavern for a great pub meal and then a walk along the Shannon River.

On our way back to the hotel we stopped into the Savoy Hotel for a nightcap but to our horror they had never heard of a whiskey smash so we “settled” on a pair of Old Fashioned’s. While we enjoyed our drinks we were serenaded by Nancy Sinatra and our new favourite song “Summer Wine” (Google it!).

Finally, it was back to our hotel bar (I know, it sounds like we have a real problem here doesn’t it?) to finish off the night with an Irish Coffee.

Our bike tour starts tomorrow so it was an early night. Anna is a bit trepidatious. Will it all go well?

Cliffs of Moher and the Burren